There’s nothing like a budgetary dose of Covid-19 for some politicians to have a come-to-Jesus moment about gambling. In the case of New York State Gov. Andrew Cuomo, there has been a dramatic volte-face on the issue of online sports betting. While sports wagering exists in New York, it is only on a small-scale, in-person basis. Cuomo has long opposed mobile wagering on the grounds that it would require a constitutional amendment. No longer. Now Cuomo says it only takes the Legislature’s say-so, as he looks for ways to plug Coronavirus-caused gaps in the Empire State budget. (Cuomo’s even floated the legalization of marijuana.)

In a statement announcing his change of heart, Cuomo wrote, “At a time when New York faces a historic budget deficit due to the … pandemic, the current online sports wagering structure incentivizes a large segment of New York residents to travel out of state to make online sports wagers or continue to patronize black markets … New York has the potential to be the largest sports wagering market in the United States, and by legalizing online sports betting we aim to keep millions of dollars in tax revenue here at home, which will only strengthen our ability to rebuild from the COVID-19 crisis.” How many millions? $72 million by a conservative estimate.

New York could also claw back the 20 percent of New Jersey’s sports-betting business that comes through the Holland Tunnel. That’s $837 million in handle right there, in what could be a multi-billion-dollar market. JP Morgan analyst Daniel Politzer envisions online sports betting coming to market in 2023 and New York garnering $1.25 billion in revenue (not handle) within two years. (This assumes favorable tax rates and regulations, hardly a given.)

Cuomo would couple OSB providers to existing casinos. FanDuel, DraftKings, FoxBet, bet365 and Bet Rivers already have boots on the ground. BetMGM and Twin Spires could get into the act if Cuomo’s definition of casinos is expanded to include racinos. Caesars Entertainment might also participate, as it is believed to have an agreement with the Seneca Nation’s Turning Stone casino. DraftKings, meanwhile, can leverage its relationships with the New York Giants (football), New York Rangers (hockey), New York Knicks (basketball) and Madison Square Garden to build market share.

Getting Cuomo’s wish passed in Albany is not a slam-dunk. The Legislature has been recalcitrant toward gaming expansion in recent sessions, in part due to the failure of upstate casinos to meet their revenue projections. Whether or not Native American tribes have exclusivity will almost surely be litigated. Even so, making a convert of Cuomo surmounts the hurdle that has stymied mobile sports betting in the past. Still, sports betting stocks sold down on the news, mainly because Cuomo wants the state lottery to administer OSB.

“I’m not here to make casinos a lot of money. I’m here to raise funds for the state. So we have a different model,” the governor groused. “The implication being there would be a high tax rate, and that the traditional B2C operators potentially wouldn’t be able to enter the market,” wrote Credit Suisse analyst Ben Chaiken.

Also, Cuomo’s official request for proposals would only apply to four commercial casinos, putting the three tribal ones on the outside looking in. “We interpret this as there being a single operator working with the state (presumably at an elevated tax rate), as we have seen with [DraftKings] in New Hampshire (50% tax),” Chaiken explained. If so, that would leave DraftKings, FanDuel, bet365 and Bet Rivers vying for one, all-encompassing license. Another major player that could try to elbow its way in is Penn National Gaming’s Barstool Sports, which might find either the Oneida or St. Regis Mohawk tribes receptive.

All of this leaves Cuomo in the catbird seat. As major OSB operators play musical chairs, knowing that only one will be seated when the music stops, the sky’s the limit on what they will have to be prepared to offer. 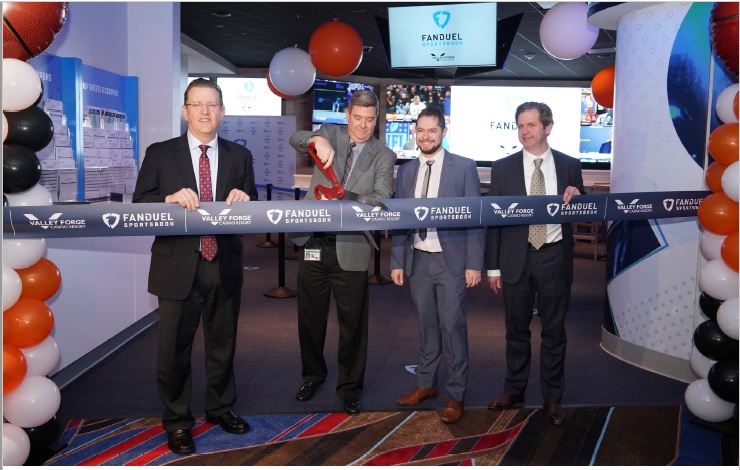