Istanbul, January 18, 2022 – Dream Games, the Turkey-based studio behind the hit mobile game Royal Match, has become one of the most valuable private mobile gaming companies in the world after raising $255 million from investors at a $2.75 billion valuation – representing a doubling of the company’s value in six months.

The Series C – the company’s third venture round in the past year – was led by Index Ventures, which has supported Dream Games since Series A. Makers Fund, funds and accounts managed by BlackRock, IVP, Kora and Balderton Capital also participated in the round. The amount raised brings the total amount raised to $468 million.

Founded in 2019, Dream Games’ vision is to build a global interactive entertainment studio that brings state-of-the-art design and immersive experiences to the mobile gaming genre. Its record-breaking round is a sign that mobile gaming has come of age as an art form – and also marks an extraordinary success for the startup ecosystem in Istanbul, where Dream Games was founded just two and a half years ago.

Dream Games’ first release – the absorbing and immersive Royal Match game, where users progress through levels to help a king decorate his castle – has gathered millions of dedicated daily fans around the world. It has attracted mass audiences across all regions, cultures, genders and age-groups, and is consistently in the top 10 highest grossing games in major markets such as the US and UK.

“Dream Games approaches gaming in a way that’s similar to how Pixar approaches filmmaking,” says co-founder and CEO Soner Aydemir. “We wanted to bring a holistic and inspiring spirit of excellence to the many thousands of details involved in the game design process, from art and engineering to the mechanisms that underpin the user experience. The result is a rich, beautiful gaming experience with enduring appeal.”

A key point of distinction from competitors is that Dream Games sees itself in competition with other forms of entertainment, such as films and social media – not just games. Based in Istanbul, which has been at a historical crossroads between East and West for centuries, the team possesses a unique advantage in its capacity to speak to and captivate a diverse audience as it expands globally.

“The success and growth of Royal Match exceeded all of our expectations,” says Stephane Kurgan, the Index Ventures partner who led the investment, and former chief operating officer at King. “In eight months, Royal Match has become one of the most played mobile games of 2021. Dream Games has assembled one of the best teams in the industry, with a rare combination of creative talent, engineering expertise and relentless work ethic. They’ve already shifted the norms around what counts as excellence in mobile gaming, and we’re excited to see where they go next.” 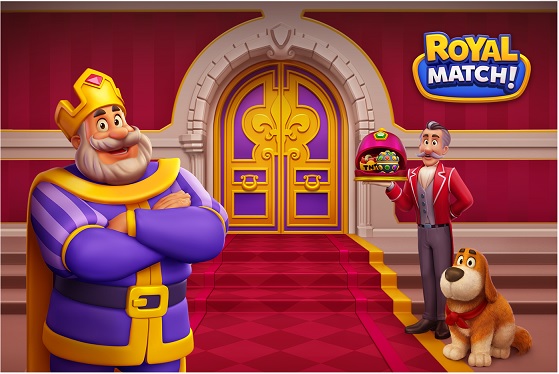 Dream Games plans to start development of a new game in 2022. The company currently employs 80 people in its offices in Istanbul and plans to add an additional 120 people in 2022.

Dream Games is a leading mobile gaming company that combines technology and creativity to develop enduring, high-quality mobile games. The company was founded in 2019 in Istanbul and in 2021 launched its first title Royal Match, which has consistently ranked among top 10 grossing games. Join Dream Games today: https://dreamgames.com/careers/.

Index Ventures is a venture firm investing in the next generation of entrepreneurs from seed to IPO. We partner with founders with bold dreams that challenge the status quo to build enduring companies. With offices in San Francisco & London, Index backs entrepreneurs all over the world. Generational Index-backed companies include Adyen, Discord, Figma, King, Revolut, Roblox and Supercell.

Brazil’s Ministry of Economy seeks preliminary draft of the sports betting enforcement rules by end of the year.